As soon as we got checked into our hotel and freshened up (read here: used the facilities), we headed out for the town. We knew we had very limited time, and we wanted to make the most of Saturday night. (read here: eat ham) We rounded the corner from our hotel to THIS! 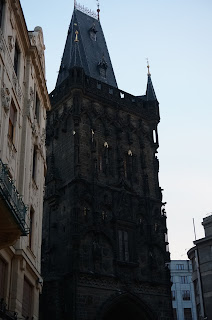 I don't believe I've ever actually seen anything Gothic except in a textbook. I had one layover in London and another in Munich, but I don't believe I saw anything Gothic. This took my breath away. The sign said it was a late Gothic town gateway from medieval Prague. It would have been here that the Bohemian kings would have walked on the coronation procession to the Prague Castle. I just kept staring at it, then darting into the street between cars to get more pictures. I took a lot of pictures! 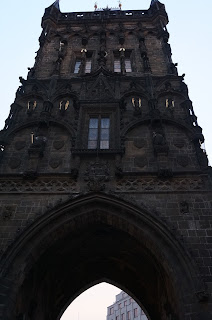 As we walked, we began to see street performers. They weren't pushy in any way. Some folks left donations, some did not. They were all quite talented. 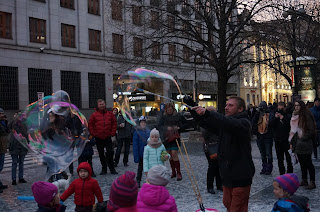 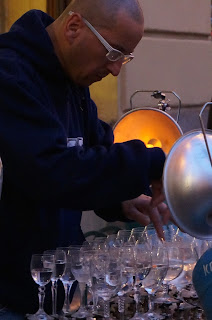 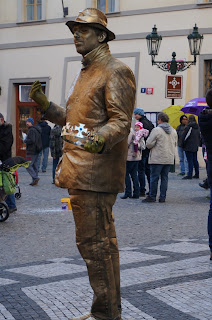 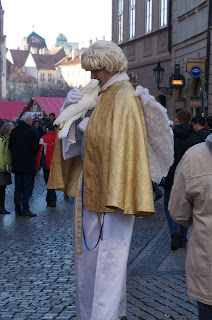 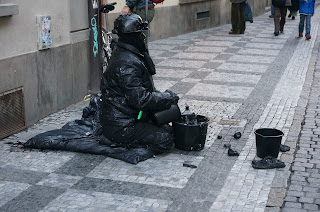 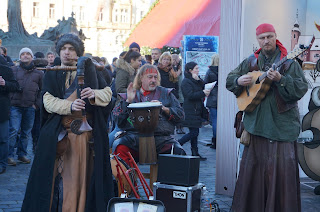 Posted by Sara Campbell at 6:37 AM