How can my little guy be 9 already? He's such a joy to all of us. We surprised him by taking him to Quick China. The boy loves some sushi!

When the brought his dessert, it came with this flame which looked to me like it might set off some smoke detectors. But then again, it's Turkey. Do they have smoke detectors? 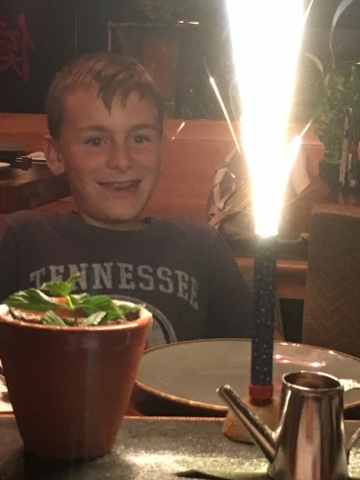 We came home, and he opened his presents. His next-one-up sis picked out this wolf for him. She knows him well. He was so happy to get it! 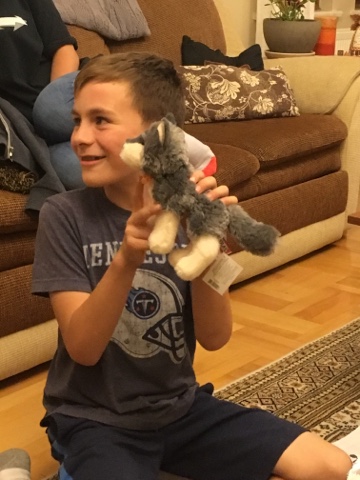 He got lots of fun stuff, including this laser tag two-man game which I found at the Walgreens down the street from Firstborn's college just before I left! 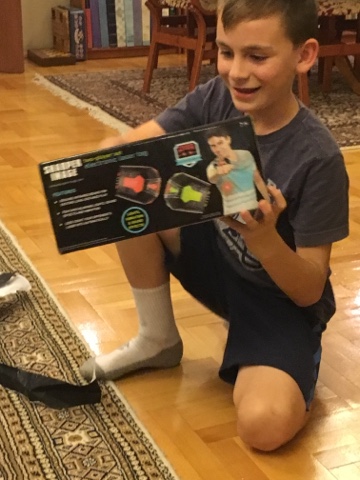 His dad got him some glasses and gloves so he could look like a real hit man. Previously he had been borrowing his dad's biking gear! 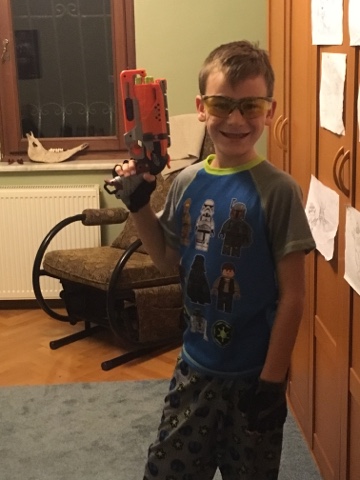 A couple days later, he had a couple of friends over to celebrate. Sweet Cheeks made this cake in its entirety! 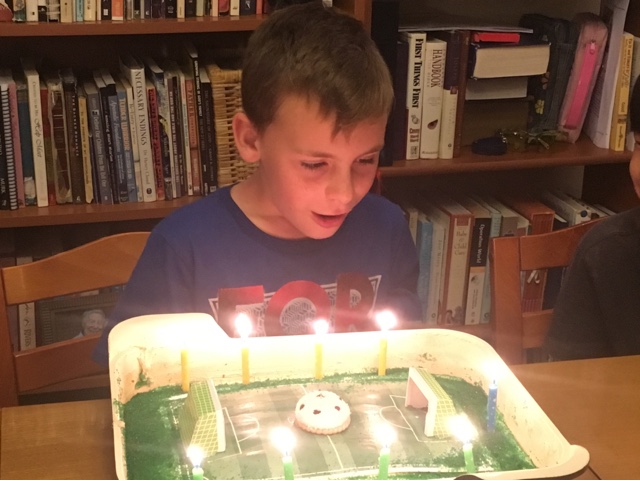 These are great buddies who helped him celebrate well! 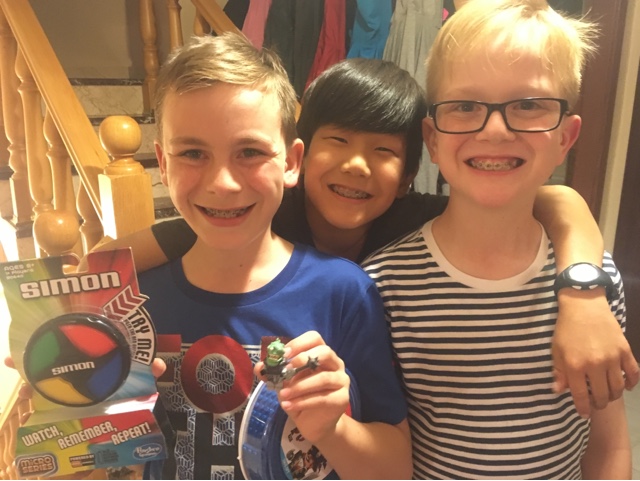 Happy birthday, Big Ben! I'm not sure how this is going so fast!
Posted by Sara Campbell at 5:26 PM

Both of our babies go to double digits next year! Eek!