Nothing says summer like slip n slide with cousins! We actually had one broken one from last year, but CC linked it to a second for a super long slide. 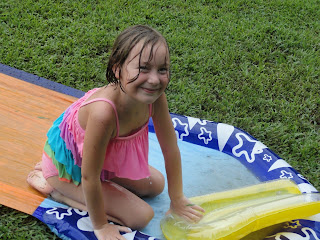 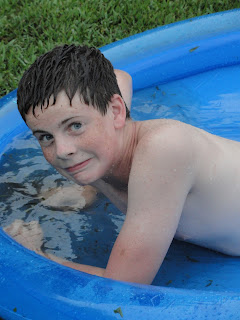 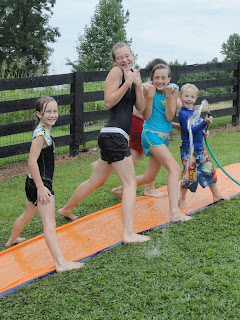 One day while CC was working on something outside, he heard 'rip.' A few seconds later, another 'rip.' He checked his pants, no rips, so he just ignored it. Later, my mom was washing clothes and found the rip...in the seat of his boxers! She safety pinned a little note inside that said, "POW!" I died laughing...and when CC found his note, he laughed, too, and thanked for alerting him before he tried to wear them again! 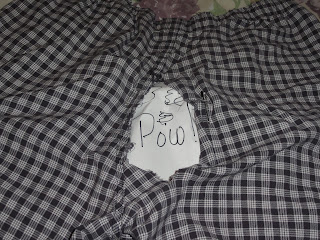 That's hilarious! I'll have to remember this for when it happens to Nathan.