Just gotta catch up on my blog! We are in the USA now, but my blog is stuck in Turkey! We had a great field day this year. It's a day of organized fun for the kids. We always match them up with multiple grade levels. I find this to be such a great way of keeping it less competitive and letting the older kids mentor the younger ones. I had an awesome team. Here we are waiting for the games to begin. 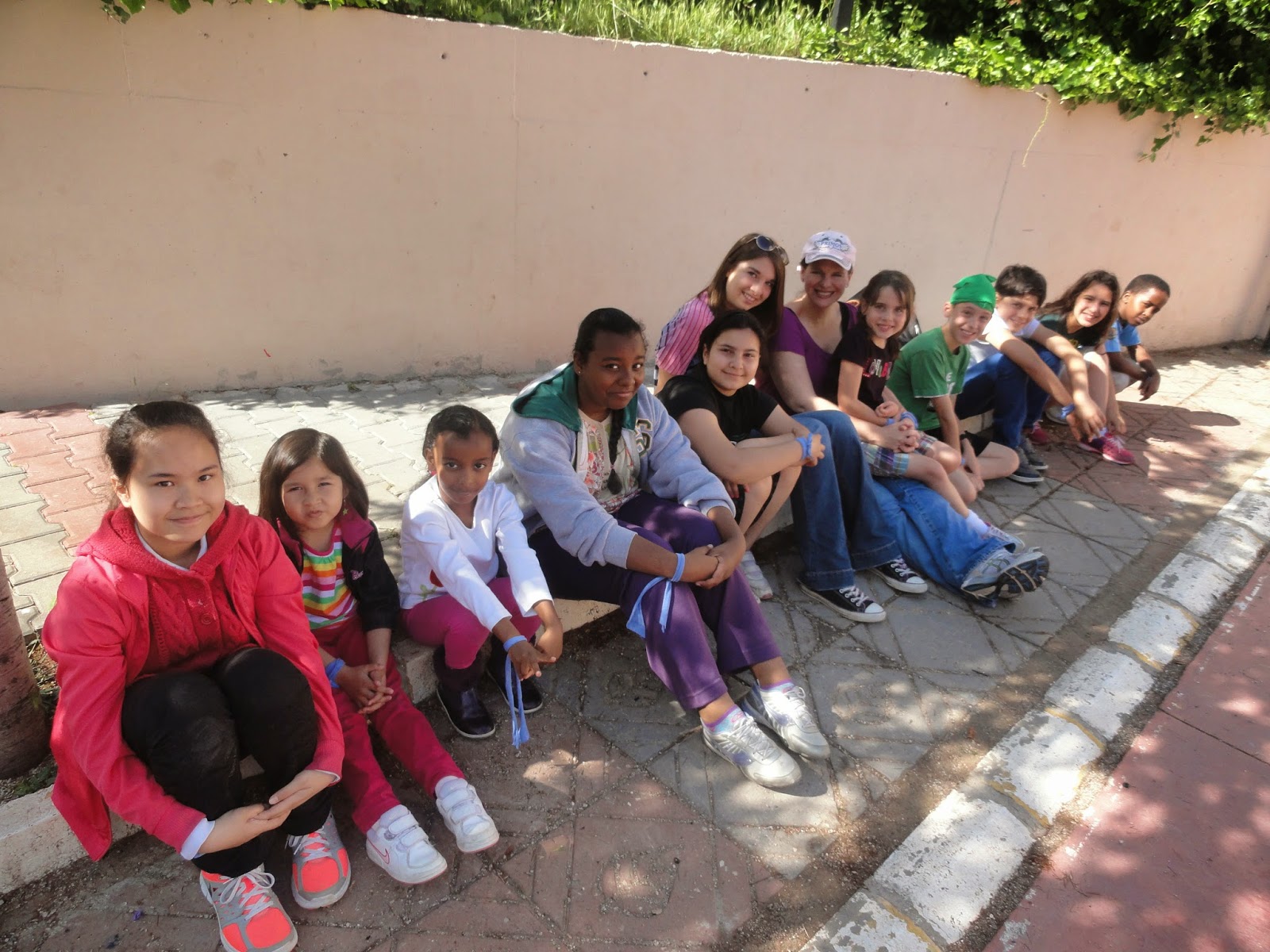 Sweet Cheeks in one of the events. 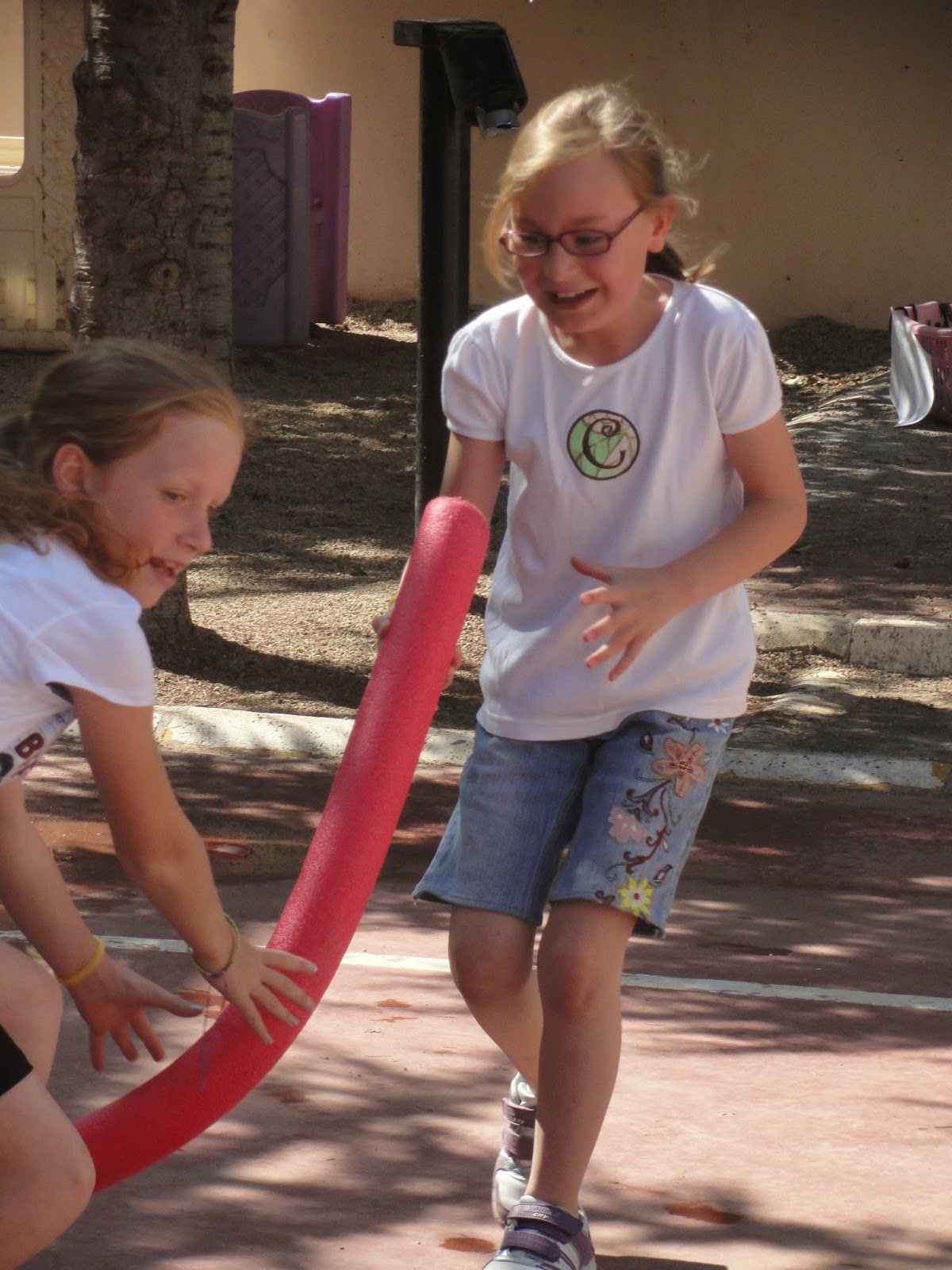 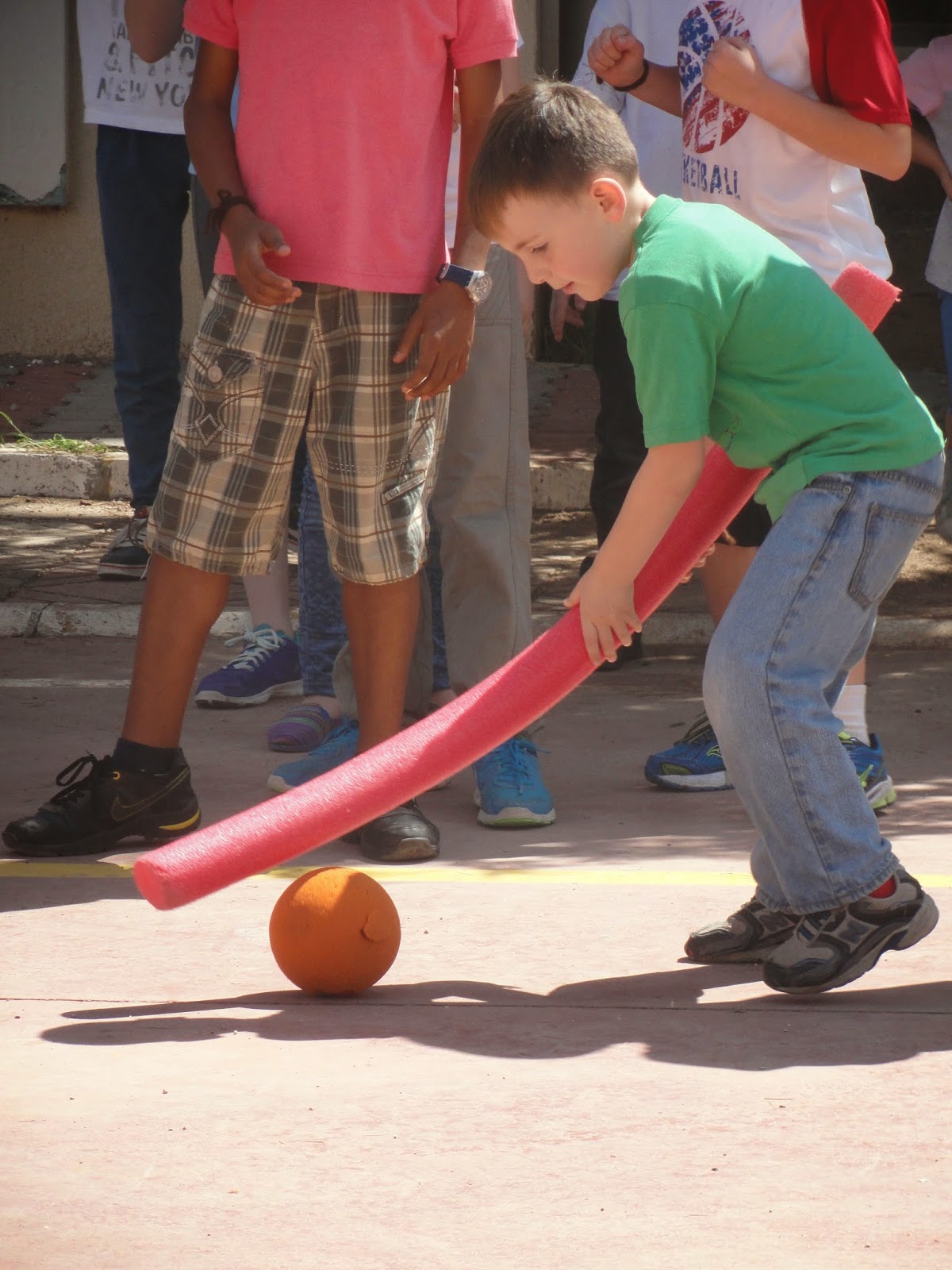 This was Miss Middler's last year to do field day! Where has the time gone? 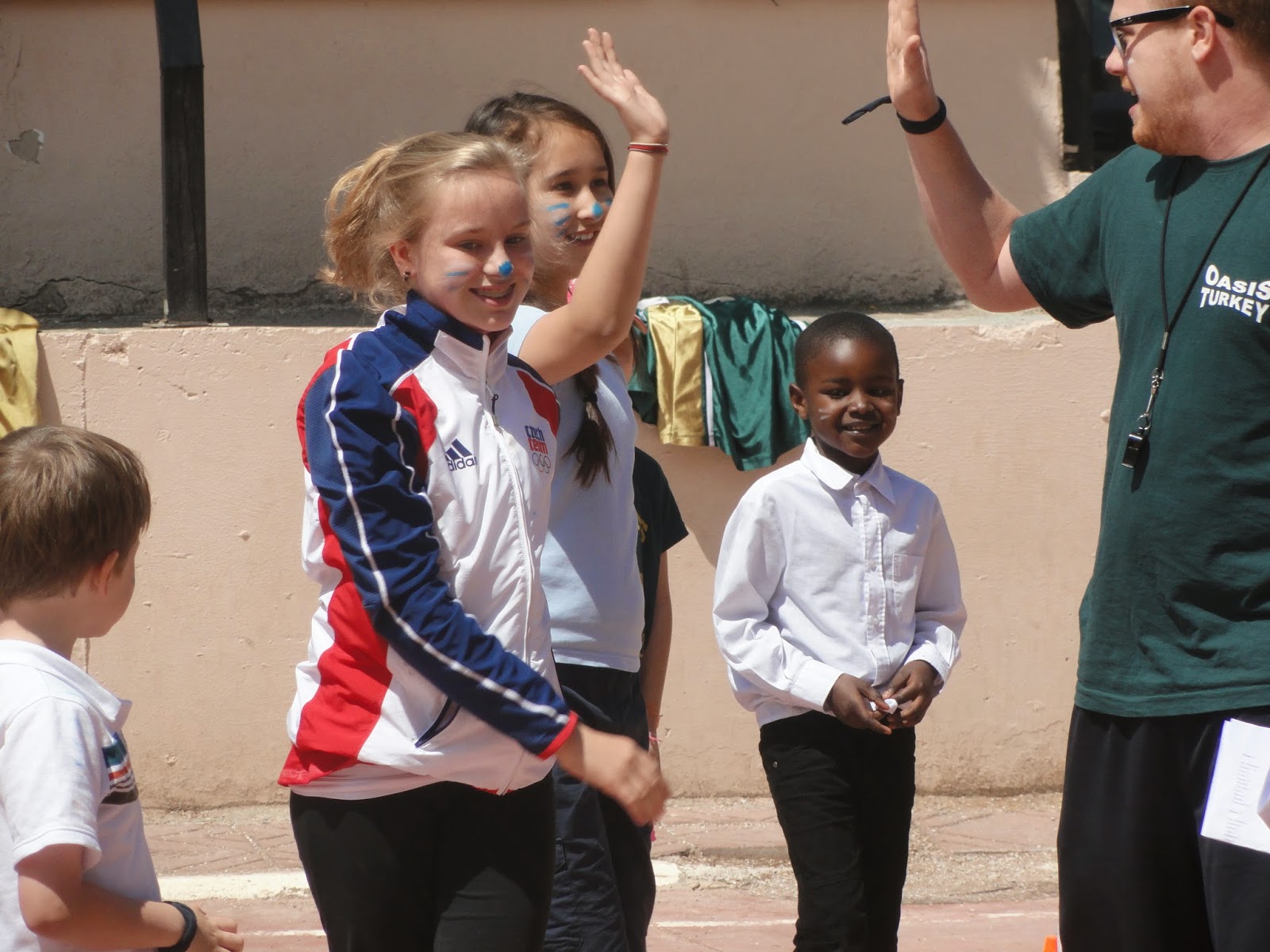 Each team created a team name and cheer. 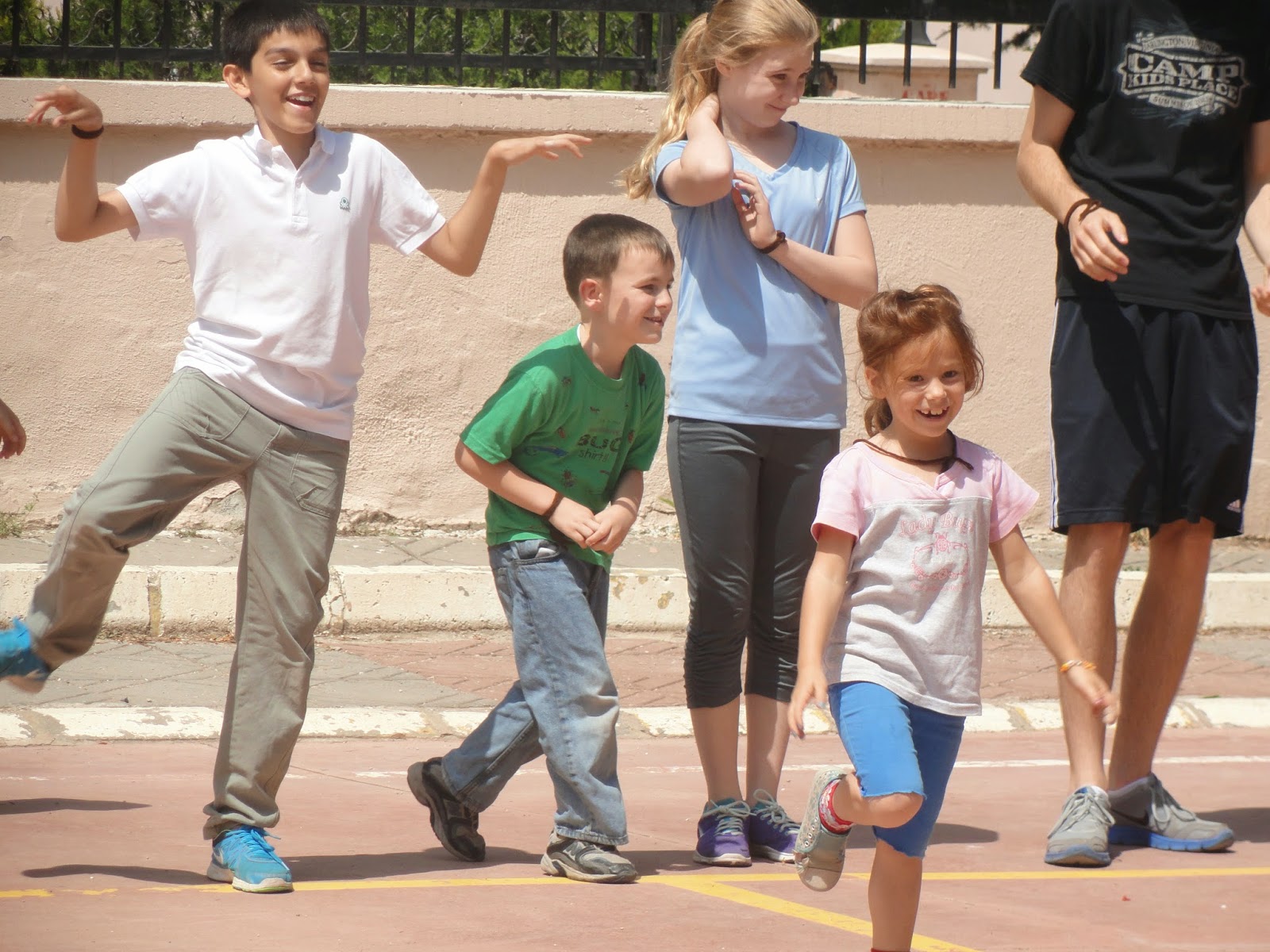 And that last Monday began the painful realization that some of the goodbyes were just a day away. This kiddo came to me this year with no English. To even say no, he made an "X" with his arms at me. It was a big adjustment to an all-English world. He acted out and tried some cuss words in his own language the first weeks of school. After a chat with Mr. Campbell, things changed. He began showing me respect, and we became good buddies. He began learning English like a sponge and wanted to make no mistakes. We just connected. I liked him, and he liked me. When he took his end-of-the-year achievement test, he had gone form the 0% to the 20% in English in just 8 months. And then, the very last week of school, he found out he was being transferred away. So, yes, it was hard to see him go. But I am thankful he came. He learned the true Easter and Christmas story while at our school, made friends, and developed a strong foundation in English. I am certain he will go far. 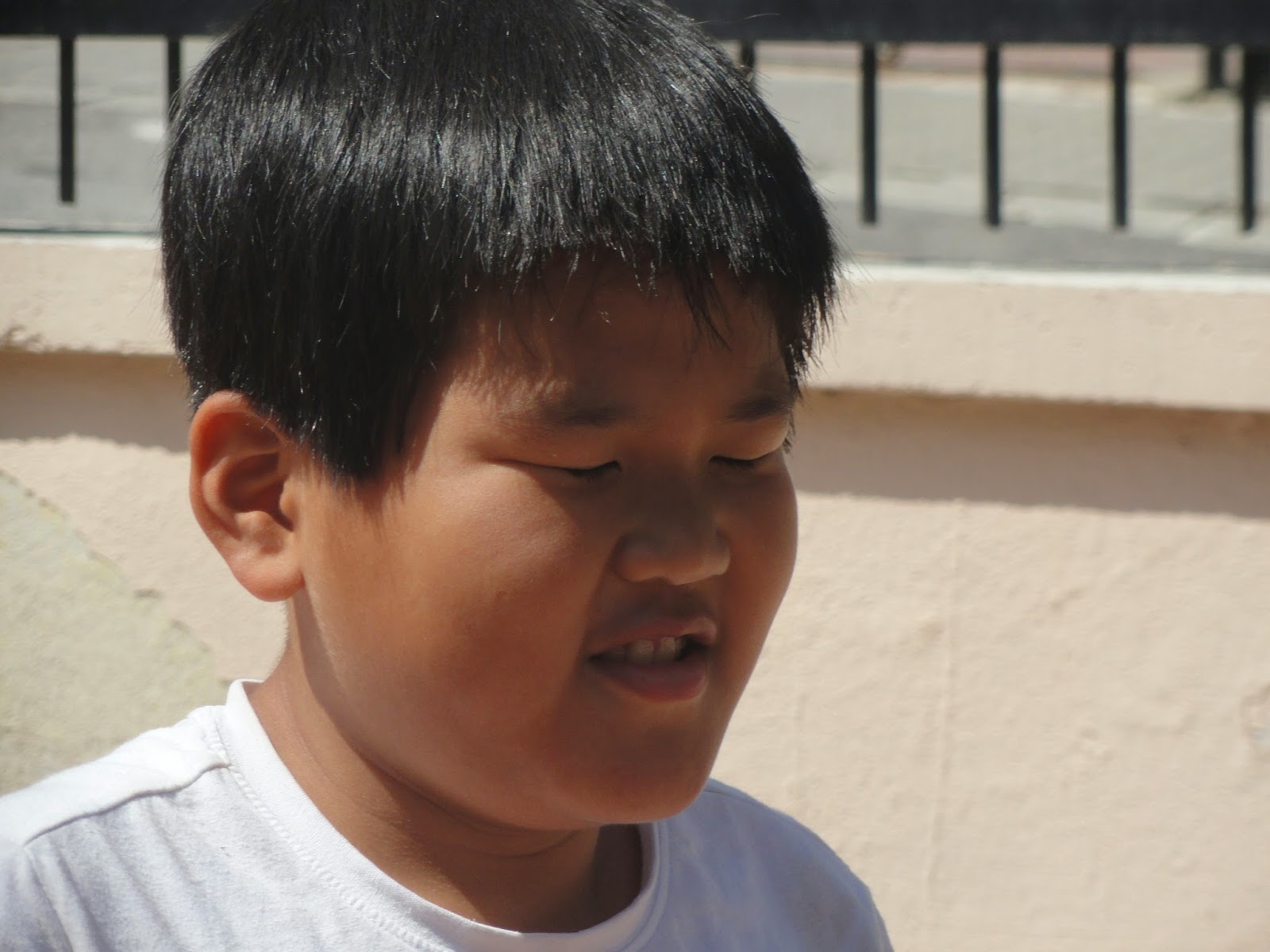 You encourage me, Sara, by your faithfulness in every situation in you're in. I just love it that there are kids all over the world who have been touched by the Lord's love through you. We're still in AR, so if you're this way, please let me know!!!

I absolutely LOVE your blog. Your journey has been so interesting to me. Thank you for sharing :)